In the late 1960s, when Murray Rothbard — Mr. Libertarian — was asked how many libertarians there were in the world, he answered…

Twenty-five libertarians in the whole world.

No, we’re not winning right now. But anyone who doesn’t think that’s impressive growth is a fool.

I didn’t know Rothbard had said this until I heard Professor Walter Block say so in a series of Rothbard recollections at the Mises Institute today.

As I write this, I’m listening to the brilliant Robert Murphy speak to an audience of students hanging on his every word. An audience many times larger than the entire world population of libertarians half a century ago. 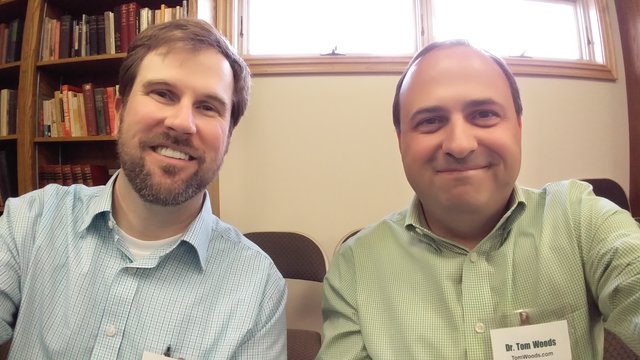 Are libertarians bound to become the majority someday? Not necessarily. Maybe it’s true what a lot of libertarian cynics say: the masses aren’t interested in freedom.

But I’ve interacted with tons of people who became libertarians simply because someone introduced them to the ideas. If only they have a chance to hear the ideas, plenty of other people, I suspect, will likewise find them attractive.

We’re up against the entire educational establishment, which exists to fill students’ heads with the opposite of what you and I believe.

I once had a professor make the books for his course available at Revolution Books — a Maoist bookstore.

So I consider programs like Mises University to be sweet revenge. No, I can’t change the faculty of Harvard, but yes, I can support alternatives like the Institute’s great summer program for college students.

When I attended this program as a student in 1993, it was my favorite week of the year. It still is, even as a faculty member.

In my opinion, the schools are our worst enemy, since they serve to keep young people safely confined to the 3×5 card of allowable opinion.

Four years ago I lit a candle in the darkness and started my own online educational institution, offering courses people can listen to anytime they want, and staffed by the best faculty the liberty movement has to offer.

Including Brion and Bob.

We’re outnumbered right now, it’s true. So libertarians have to know their stuff — history, economics, and more — and know it cold, so we can keep on fighting the power.

It’s never been easier to do your part: