Thomas E. Woods, Jr., is the 2019 winner of the Hayek Lifetime Achievement Award from the Austrian Economics Center in Vienna. He is a senior fellow of the Mises Institute and host of The Tom Woods Show, which releases a new episode every weekday.

Tom holds a bachelor’s degree in history from Harvard and his master’s, M.Phil., and Ph.D. from Columbia University. He has appeared on CNBC, MSNBC, FOX News Channel, FOX Business Network, C-SPAN, and Bloomberg Television, among other outlets, and has been a guest on hundreds of radio programs, including National Public Radio, the Dennis Miller Show, the Michael Reagan Show, the Dennis Prager Show, and the Michael Medved Show.

He is the author of twelve books, most recently Real Dissent: A Libertarian Sets Fire to the Index Card of Allowable Opinion, Rollback: Repealing Big Government Before the Coming Fiscal Collapse and Nullification: How to Resist Federal Tyranny in the 21st Century.

His other books include the New York Times bestsellers Meltdown: A Free-Market Look at Why the Stock Market Collapsed, the Economy Tanked, and Government Bailouts Will Make Things Worse (read Ron Paul’s foreword) and The Politically Incorrect Guide to American History, as well as Who Killed the Constitution? The Fate of American Liberty from World War I to Barack Obama (with Kevin R.C. Gutzman), Sacred Then and Sacred Now: The Return of the Old Latin Mass, 33 Questions About American History You’re Not Supposed to Ask, How the Catholic Church Built Western Civilization, and The Church and the Market: A Catholic Defense of the Free Economy. His critically acclaimed book The Church Confronts Modernity was released in paperback by Columbia University Press in 2007. A collection of Tom’s essays, called W obronie zdrowego rozsadku, was released exclusively in Polish in 2007.

Tom edited and wrote the introduction to five additional books: Back on the Road to Serfdom: The Resurgence of Statism, We Who Dared to Say No to War: American Antiwar Writing from 1812 to Now (with Murray Polner), Murray N. Rothbard’s The Betrayal of the American Right, The Political Writings of Rufus Choate, and Orestes Brownson’s 1875 classic The American Republic. He contributed the preface to Choosing the Right College and the foreword both to Ludwig von Mises’ Liberalism and to Abel Upshur’s A Brief Enquiry into the True Nature and Character of Our Federal Government. He is also the author of Beyond Distributism, part of the Acton Institute’s Christian Social Thought Series. 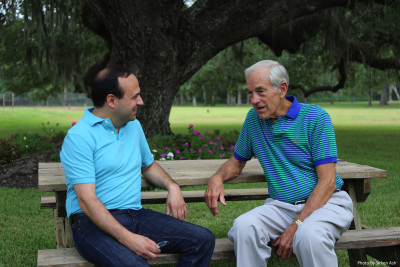 Tom won the $50,000 first prize in the prestigious Templeton Enterprise Awards, given by the Intercollegiate Studies Institute and the Templeton Foundation, for his book The Church and the Market. He has also received an Olive W. Garvey Fellowship from the Independent Institute, the Gary G. Schlarbaum Prize for excellence in research and teaching, the George F. Koether Free Market Writing Award, and the O.P. Alford III Prize for Libertarian Scholarship. He has also been awarded two Humane Studies Fellowships and a Claude R. Lambe Fellowship from the Institute for Humane Studies at George Mason University and a Richard M. Weaver Fellowship from the Intercollegiate Studies Institute.

For eleven years Tom served as associate editor of The Latin Mass magazine; he is presently a contributing editor of The American Conservative magazine. A contributor to six encyclopedias, Tom is co-editor of Exploring American History: From Colonial Times to 1877, an eleven-volume encyclopedia.

Tom created 400 videos on history and government for the Ron Paul Curriculum, a K-12 homeschool curriculum.

“Tom Woods is one of my dearest allies in the struggle against wrong-headed and dangerous economic policy.”
Peter Schiff

“You’ve written some great stuff over the years, and you’ve contributed to the education of a lot of people, including myself.”
David Stockman, director of Ronald Reagan’s Office of Management and Budget, 1981-1985

“A marvelous read. Every chapter taught me something new and unexpected.”
Tom Bethell, senior editor, The American Spectator

“Well written, well researched, and the thesis put forth is well argued…. Woods has opened up an area of historical analysis that should invite further study.”
Journal of American History

“Woods and [co-author Kevin] Gutzman appeal to both left and right in this constitutionalist jeremiad…. The authors’ exegeses of the Constitution and court decisions, heavy on original intent arguments, are lucid and telling.”
Publishers Weekly

“During these times that challenge our freedoms there is no one more qualified to make U.S. history relevant to the fight against big government than Thomas Woods.”
Barry Goldwater Jr., former Member of Congress

“An engaging and important contribution to scholarship.”
Journal of the Historical Society

“Provocative, well-written, and deserves to be read.”
Catholic Historical Review