The latest issue of the Tom Woods Letter, which all the influential people read. Subscribe for free and receive my eBook Your Facebook Friends Are Wrong About the Lockdown: A Non-Hysteric’s Guide to COVID-19 as a gift.

I don’t make a habit of cheering for politicians, as you surely know.

Kristi Noem, governor of South Dakota, has been outstanding.

She refused to lock down her state. The crazies went berserk.

Even some of her own people demanded to be locked down.

An outbreak at a meatpacking plant made the crazies feel vindicated, even though prisons, nursing homes, and meatpacking plants seem to be unrepresentative of society at large when it comes to the virus.

Back in April Rachel Maddow lectured Governor Noem: “You are aware that it’s infectious, right? That it’s a communicable disease?”

That was the entirety of Maddow’s analysis.

That there might be collateral damage, taking various forms, of shutting society down was not considered. That we might be better off letting people live their lives — since, really, isn’t that the default position? — and isolating the truly vulnerable, was not mentioned, either.

Meanwhile, even the New York Times reported last week that as a result of the lockdowns there will be 1.4 million excess TB deaths, 500K from HIV, and another 385K from malaria.

Governor Noem ignored them all.

(I might add, by the way: in neighboring Wyoming, the governor was urged to shut down by the head of the Wyoming Medical Society: “If we don’t act now, it’s certain we’ll use up available supplies in weeks…. Now’s the time before it’s too late.” Wyoming has had a death rate of 5 per 100,000.)

Then she’s noted that life has gone on fairly normally in her state:

And then, showing some genuine political savvy, she made a video urging people to move to South Dakota — because there you can have your business and your life: 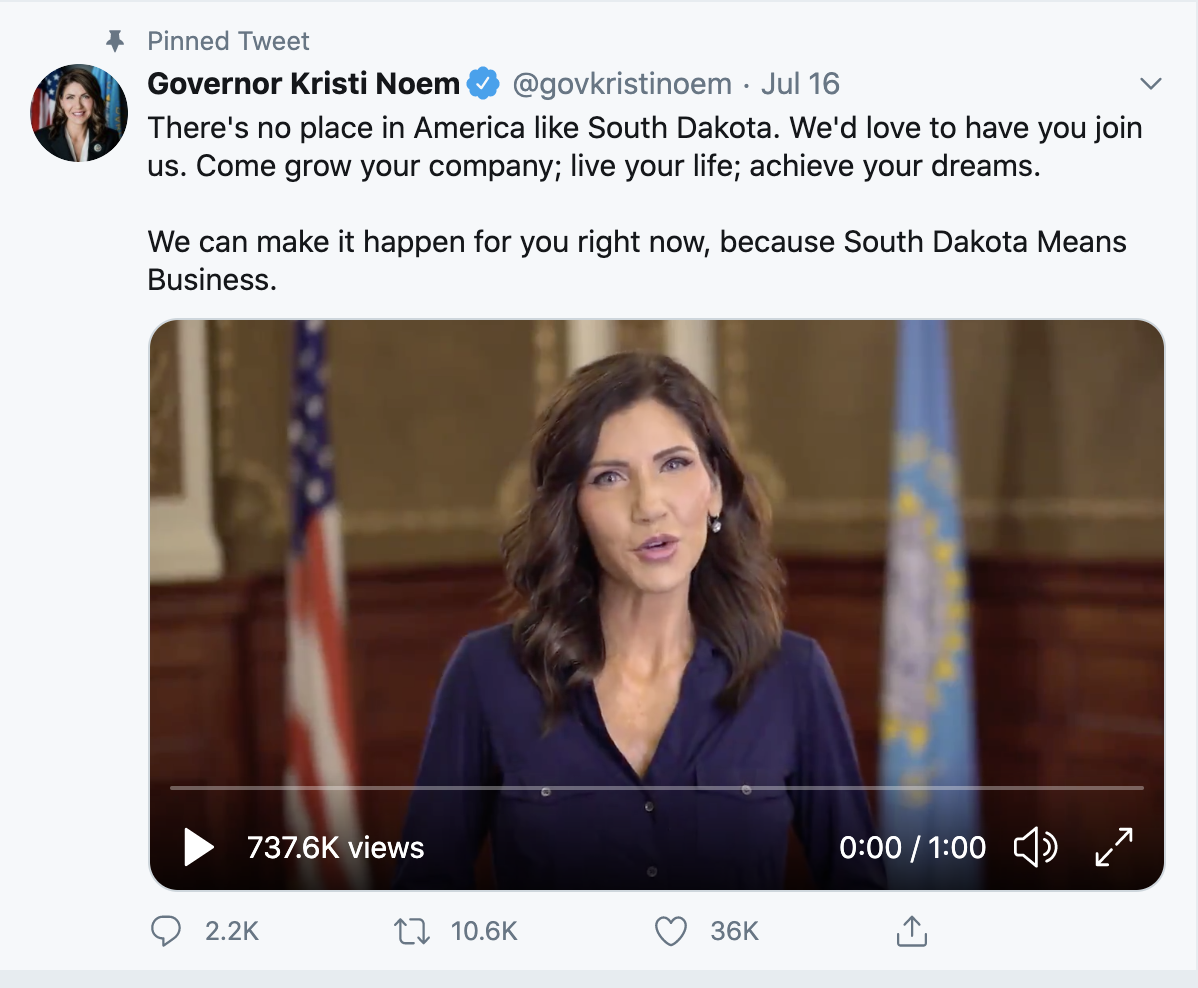 Schools will be open in South Dakota, too.

Though when it comes to that, I prefer a different option — namely, the K-12 curriculum (95% self-taught after fourth grade) for which I made 400 videos on history.

And which in addition to the traditional subjects gives students a massive advantage with courses on personal finance for teens (who doesn’t need that course?), public speaking, how to start an un-shut-downable home business, and more.

Plus, at my link only, I’ll send you an autographed copy of my New York Times bestseller The Politically Incorrect Guide to American History and other bonuses you can get only from the old man here.

The path to intellectual secession begins with one click: